Warning: "continue" targeting switch is equivalent to "break". Did you mean to use "continue 2"? in /var/www/web216/html/enterprising/wp-includes/pomo/plural-forms.php on line 210
 Electricity crisis and its solution – Enterprising Pakistan Skip to content

Load shedding is one of the serious problems of Pakistan. The PML-N had claimed in the 2013 elections that it will solve this problem only in a year. In spite of all claims and their rule of five years, they failed completely in generating sufficient electricity. The former CM of Punjab Shahbaz Sharif said, “Loadshedding is your problem now.” The long duration of loadshedding in the sacred month of Ramadan exposed the performance of the ruling party. The circular debt of Rs400 billion is a clear proof of the mismanagement in the energy sector. The auditor general of Pakistan severely objected to the payment of 80 billion rupees in this regard previously. The reasons for the fake energy crisis and its solution are given below.

According to estimation 22,000-24,000 megawatt electricity is needed in Pakistan. This demand increases up to 5% each year. It means 1,000 or1,200 megawatt is added. Unfortunately, we have never been able to produce more than 18,000 megawatt energy. The government claimed to produce 24,000MW electricity. But even NTDC, which is an institution of the government, does not confirm it.

Because this institution does not have the capacity for transmission and distribution of more than 18,000MW, several new institutions, including the wind power generating institutions, are not being allowed to produce the electricity more than a certain level.

The difference between power generation and capacity for transmission is also the inability of our governments. It means that there is a difference of 6,000MW between the production and the transmission of power. It is expressed in the form of loadshedding in the whole country. Definitely, the government has completed many power projects in its five years. But the difference between demand and supply which was 5,000MW in 2013, has reached up to the level of 6,000MW in 2018. The government of PML-N had started the energy projects that are based on LNG and coal.

This government has completed only two hydro and atomic power projects that were inaugurated by the previous governments and were on the stage of completion in 2013. Same is the case of other wind and solar projects. 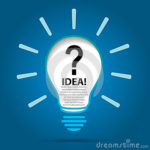